While Costa Rica (“Rich Coast”) takes up a mere .03% of the world’s surface area (think the size of West Virginia, only smaller), this tropical wonderland boasts over 5% of the entire world’s biodiversity.

Though a relatively small country, Costa Rica is made up of 10 different regions

The Interior Regions, north to south:

The Coastal Regions, clockwise from the Northwest: 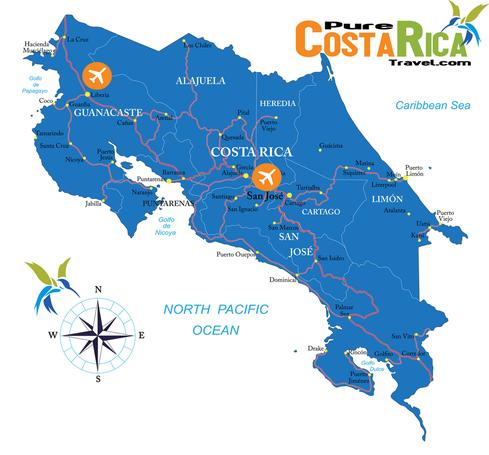 Dress light!
Bring comfortable, breathable, fast-drying clothing. If you are traveling to areas that are not beach towns, consider bringing a few long sleeve shorts and pants in case of colder weather. Long-sleeve shirts and pants will also protect your skin from the strong Costa Rica sun and mosquitoes.

To see many of Costa Rica’s natural wonders, be prepared to get down and dirty. Or, at the very least, wet and muddy.

Consider the following packing list as a tour guide of sorts, put together by our team who have been operating in Costa Rica for over 20 years:

Costa Rica uses 110 V, reflecting the same voltage as the U.S. and Canada.
?Note: Visitors from other countries will need adapters.